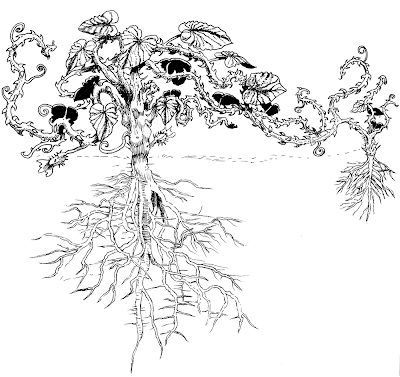 This is a piece I did for a game. The brief called for a particularly nasty carnivorous vine with hooked thorns. I love inventing horrible alien botany.

Pitt pen on 114gsm paper.
Posted by Vulnavia Morbius at 1:35 PM No comments: 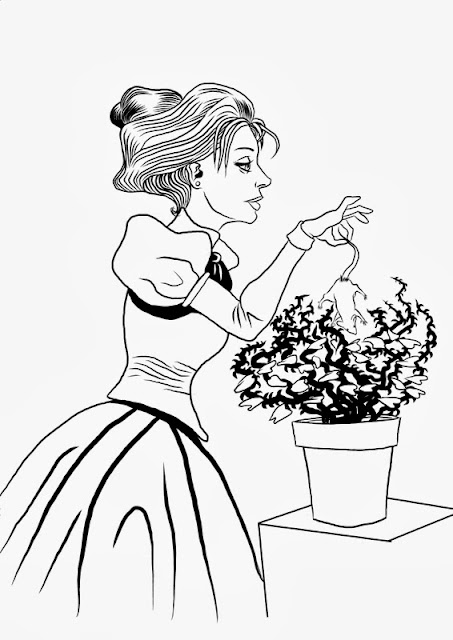 So, a couple of weeks ago, I got a copy of Manga Studio 4 for super cheap. I've never used Manga Studio before, but a lot of artists I admire swear by it, so I thought I'd give it a go. This the first thing I've drawn with the program. It's a test piece, not a finished drawing. This is entirely digital, drawn with a Wacom tablet, as opposed to my usual preference for drawing something and then scanning it to be inked in Illustrator. This also corresponds to a commission I recently got for a role playing game. This is NOT the drawing for that game--those will be drawn traditionally--but it's inspired by the description given to me by the game developer.

Do I like Manga Studio? That remains to be seen. There's a learning curve involved and this, frankly, isn't my best foot forward. But what the hey. It's another tool for the toolbox.

Posted by Vulnavia Morbius at 3:20 PM No comments: