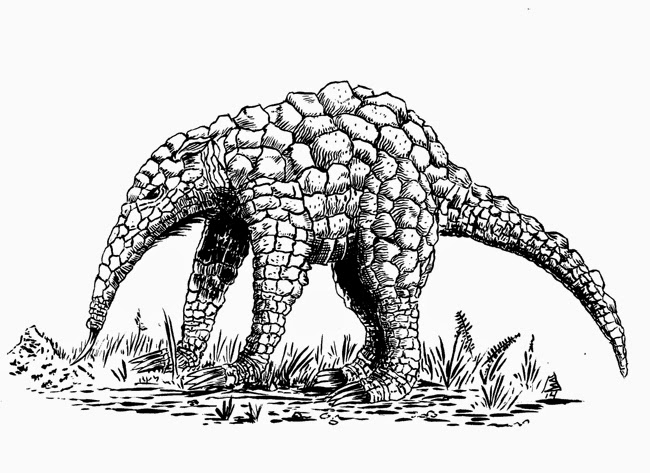 Here are more creatures. By this point, I was exhausted, so some of these aren't all that I want them to be. All of these are examples of me working out how to create certain textures with pen and ink. India ink is such a binary medium, sometimes.

The beastie at the head of this post is a kind of anteater whose hide is covered with rocky scales. I tended to approach drawing this guy as if he was Ben Grimm, the Thing, from The Fantastic Four. I envision this guy as being orange for some reason. 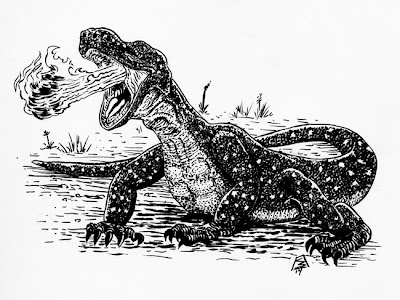 This is a fire-breathing lizard. A salamander in the classic sense of that word. Based on a couple of different monitor lizards, including the Komodo dragon. Drawing the scales on this was an exercise in tedium. Creating art is a job, after all, and all jobs have long periods of tedium. I'm sure I spent way more time on this than I probably should have. 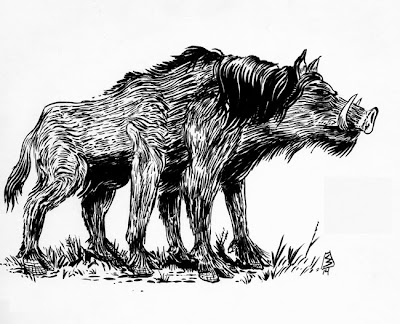 The brief for this was for a six-legged cross between a boar and a horse. Weird. Not entirely unsuccessful. The game this is for is partially a miniatures game and I've seen the green for the miniature this corresponds with. While I was drawing it, I thought of this guy as a hipster boar for some reason. I think it's the beard. 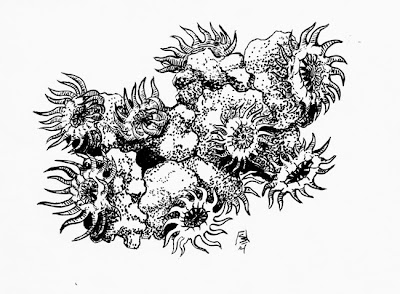 Finally, something legitimately alien. These beasties are a land-based coral that create gravel around themselves. Another drawing where I spent a lot of time on tedious details. This one indulges in pointilism, which is always a chore to draw. I like the end result. I sometimes like the idea of being an artist even when I hate creating art.

Only a few more to go after these, and then it's back to comics.

Posted by Vulnavia Morbius at 4:36 PM